Last summer, Chareva and I encouraged the girls to create their own YouTube videos (with lots of help from Mom) and call the series Paleo Kids’ Club. The idea was to have them, as kids, talking to other kids about diet and health. They liked the concept but balked at doing the actual work, so we let it go.  Summer is supposed to fun, after all.

This summer, for whatever reason, they’re considerably more enthusiastic. (I think it had something to do with joining me for a podcast when I sat in for Jimmy Moore. They enjoyed that.) In the interim, Chareva and I decided to call their show Fat Head Kids’ Club, for several reasons:

1. Branding; i.e., a better tie-in with the book when we finish it, since Fat Head will almost certainly be in the name.

2. We’re not strictly paleo — we like our cream and butter. We’re closer to what Mark Sisson calls primal.

3. Some people in the paleo world have become vegan-like zealots, denouncing all that doesn’t fit their particular definition of the word.

4. Some people in the paleo world are also strangely hostile towards low-carbers, insisting that everyone must eat potatoes and other starches to be healthy and anyone who doesn’t is deluded.

In short, I didn’t want to link my girls to the word paleo and invite attacks from any self-appointed High Priests of Pure Paleo. Since I produced Fat Head, a Fat Head Kid is whatever I say it is.

I’m busy with other projects, so my role is mostly limited to serving as technical adviser/script consultant. Chareva and girls have been coming up with episode ideas, and Chareva taught herself how to edit video in Adobe Premiere, sometimes by picking my brain since I’ve been using Premiere for years. She also turned the girls’ downstairs playroom into a makeshift studio. 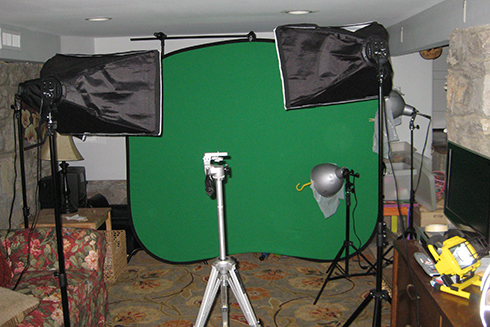 I don’t know how many episodes they’ll ultimately produce, but I’ll post them when they do. If you look at the top banner of the blog, you’ll see I added a Fat Head Kids’ Club link. After I post their videos on the main blog page, I’ll also post them on that page. That way anyone looking for the videos won’t have to scroll through old blog posts to find them.