I almost felt guilty saying it the first time, but I’ll say it again: my life hasn’t changed much since we entered BizarroWorld. The main difference is that I don’t commute to work two days per week.

If we lived in a townhouse with no yard – which was the case in our California days – I’m sure I’d be suffering a bit of cabin fever by now. But on a six-acre mini-farm? Nope, no cabin fever. Spring has sprung, and the farm doesn’t know or care about social distancing, so the work goes on as usual.

Last November I was just starting to cut up a huuuge tree that fell down in the front yard. 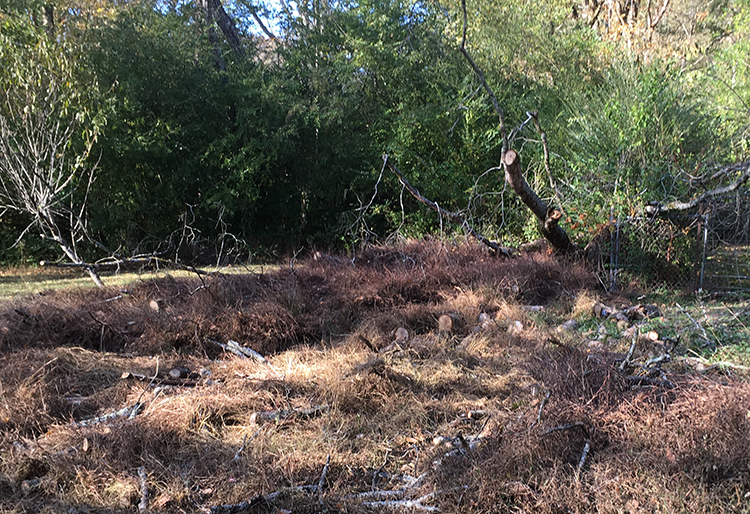 I also had plans to cut down and cut up a tree near the creek that was dying and dropping widow-maker branches now and then. 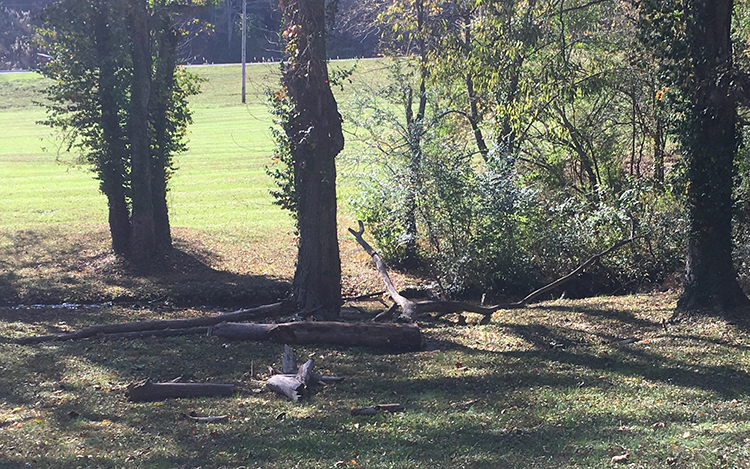 I’d like to tell you how I took my manly tools and did a manly job of hacking through those trees, but I’d be lying. They’re gone now, but the manliest role I played was writing a check. The crew that cuts our pastures suggested coming out before the first cut of the year and doing the cleanup for us. We agreed.

They cut up the huuuge tree (most of it, anyway) and hauled away the wood. 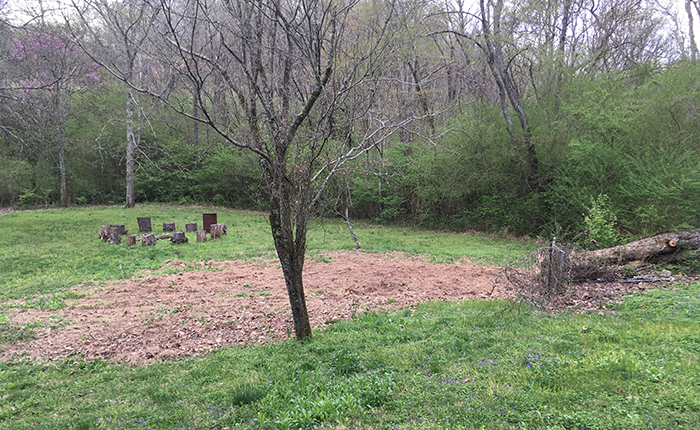 They cut down the tree that was dropping widow-makers. 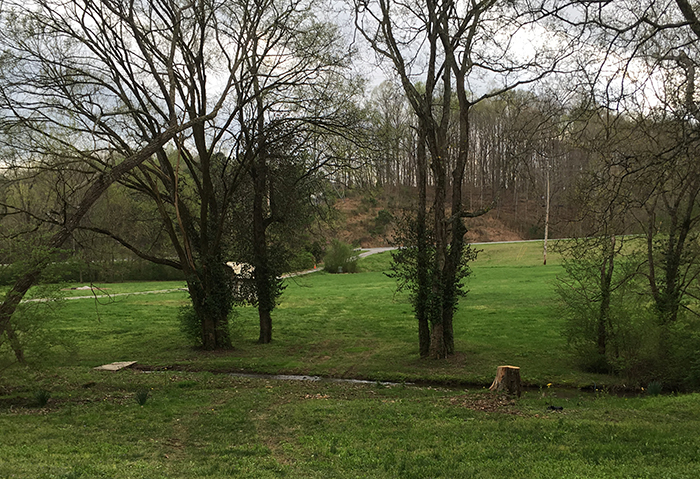 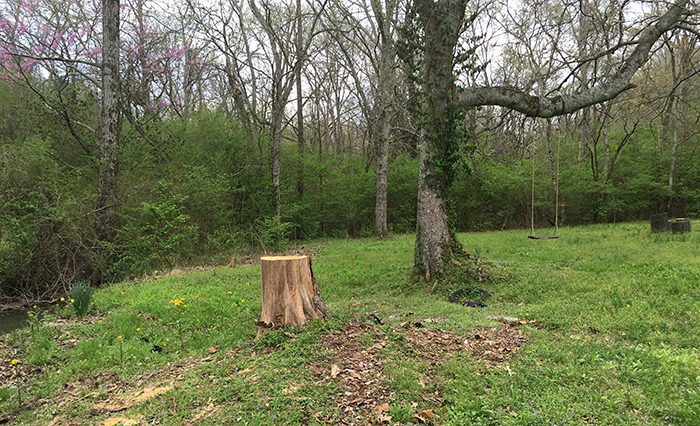 They also cut down two more dead or dying trees near the creek and burned the burn-pile of dead twigs and branches we’d been building up. 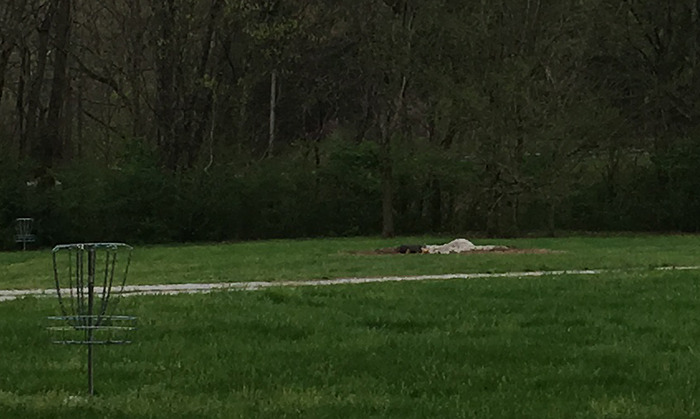 With all that work done by other people, I lodged a half-hearted complaint with Chareva about not getting enough exercise, especially now that the gym is closed. She’s a loving and sympathetic wife, so she solved my dilemma by assigning me the task of tilling the ground for one of her gardens. 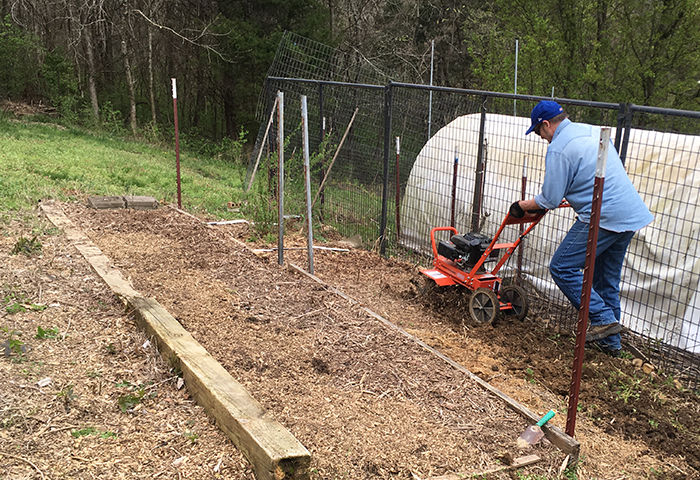 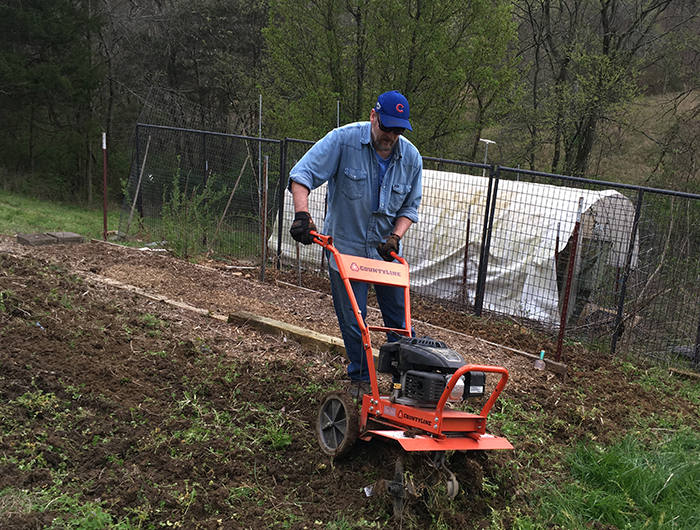 It may not look like a physically demanding task, but keep in mind this is Tennessee. The state’s theme song is Rocky Top for good reason. The tiller is billed as a walk-behind model, but when you’re tilling soil on a hill that’s full of rocks and clay, it’s more of a bucking-jumping-wild-animal model. By the time I finished tilling the little plot of land shown below, I was winded and exhausted. Gym? Who needs a gym? 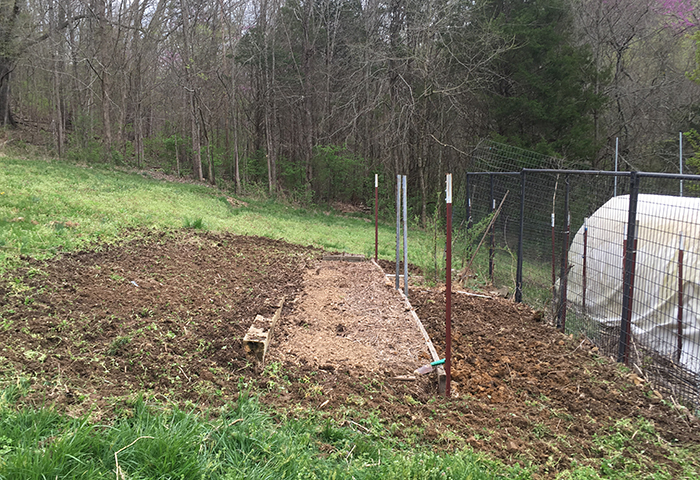 When Chareva doesn’t have chores for me, I’ve been getting outside for some fresh air and physical activity by working on my golf game.  I’m not playing actual golf, you understand. My nephew Eric (the Older Brother’s Oldest Son) is an avid golfer, and he recently sent me an email describing what it’s like to play actual golf in BizarroWorld, at least where he lives: 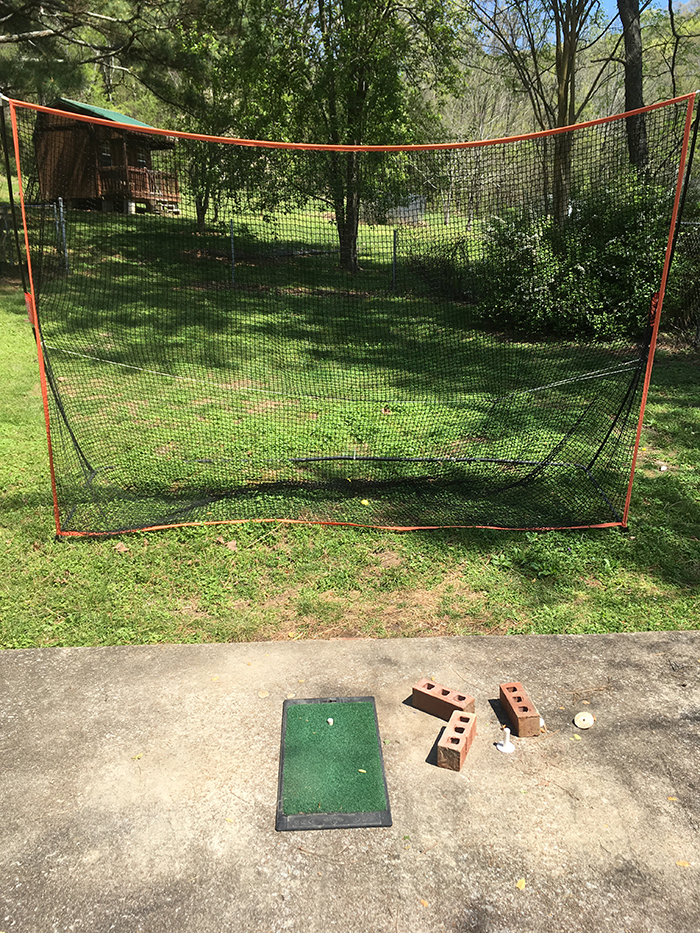 I hit balls into the net. I have a contraption called a Swing Caddie SC2000 that reads the speed of the clubhead and the ball and tells me (in a kindly female voice) the carry distance and the total distance. I’m not sure why the manufacturers chose a female voice. Perhaps they tried a male voice originally and found it was making comments like, Seriously, pal, 125 yards with a seven-iron? Does your husband play too?

During non-Bizzaro times, Chareva spends a chunk of her day running the girls to school, to after-school activities, to her aerial silks classes, etc. That’s all gone for now, so she’s been spending extra time in the garden. She’s been using the wood chips she had delivered last year for garden paths. 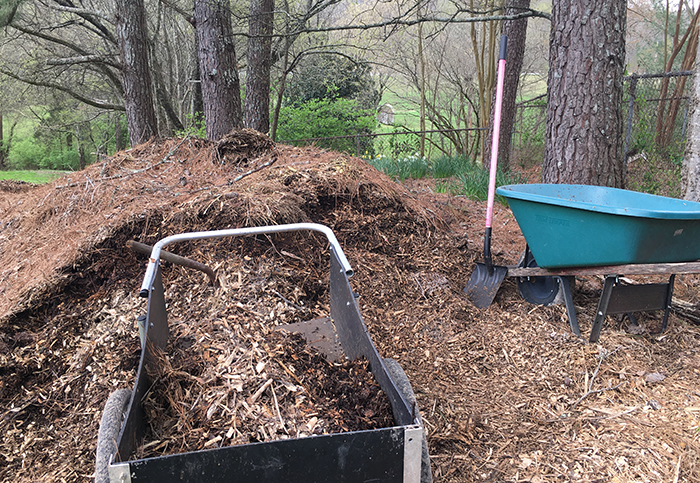 This is asparagus she planted three years ago. It will be ready to eat this year. (Some of you carnivores out there may want to avert your eyes.) 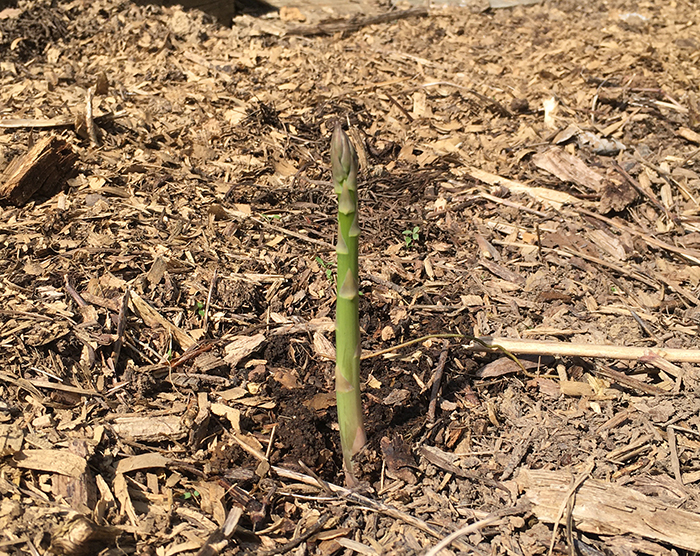 The BizarroWorld experience reminded us that we bought the farm partly to be less dependent on the industrial food chain. When we had 40-plus chickens laying so many eggs we had to sell most of them, I felt we could get by for a long time if need be.

Well, Rocky Raccoons One through Nine eventually reduced the flock to seven. During the winter months, we even had to (egads!) occasionally buy eggs at Kroger.

We began re-netting and re-securing one of the old chicken yards last spring, then kind of lost our enthusiasm when our dog Coco was killed. But we’re probably one or two weekends’ worth of work from being done. So last week, Chareva bought nine new chicks. They’re called Golden Comets. 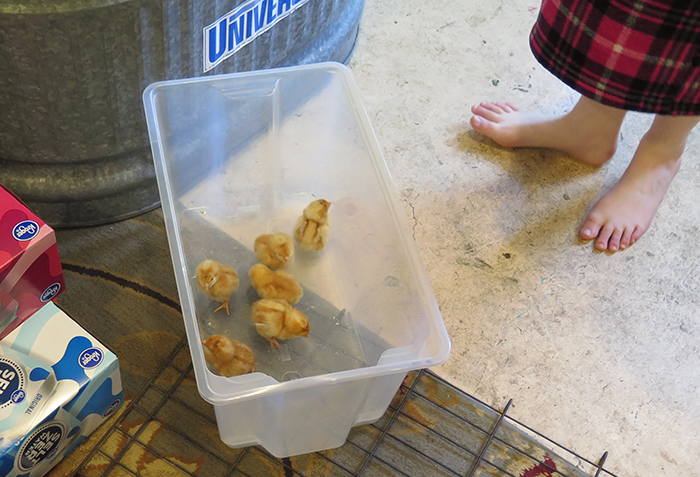 They’re currently living in a trough in the basement. Our cat Rascal is a nice, affectionate pet … but he’s a cat. His brain is hard-wired to issue a kill! command when he sees birds. Chareva engineered this high-tech security system to keep him out of the trough. 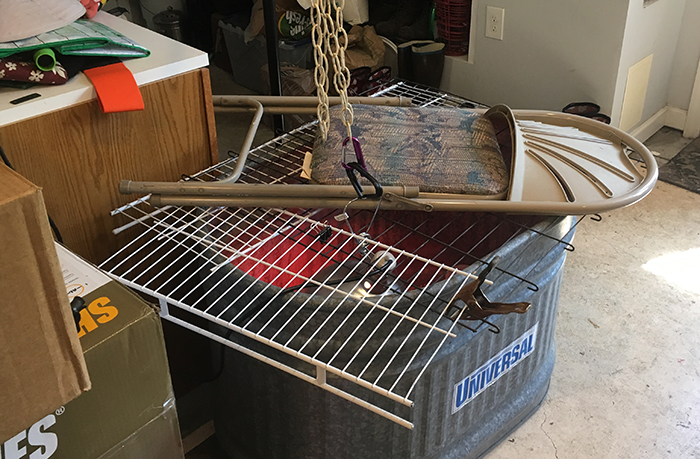 I hope y’all are keeping your sanity out there.  Stay well, my friends.

32 thoughts on “The Bizarro-World Farm Report”