Back in 2016, I wrote a four-part series of posts (this was the first) on why The Anointed aren’t big fans of free speech. Allow me to provide a mix-and-match quote:

The Anointed aren’t big fans of freedom of speech or of concepts like The Marketplace of Ideas or The Wisdom of Crowds. Two of their most dearly-held beliefs are:

One way or another, The Anointed believe they must coerce people who disagree with them into shutting the hell up.

Public Health England recently provided another shining example of The Anointed in action. But first, a little background:

As you may have heard, a British politician recently made headlines by losing nearly 100 pounds. Here are some quotes from a BBC article online:

“Ashamed, guilty and embarrassed” – these are just some of the words Labour deputy leader Tom Watson used to describe himself when he hit 22 stone.

From that point, Tom – who suffers from type two diabetes – has dropped seven stone (44.5kg) after starting a new exercise regime last summer.

Combining healthy eating and taking part in sports such as cycling and boxing, he says his lifestyle change has even “reversed” his condition.

That’s quite a turnaround. So how did he accomplish it?

One of the most essential ingredients in the weight-loss recipe is nutrition. But how does someone go from all that fast food and beer to a strict, healthy regime?

“To prepare for day one of my new life I cleaned out all the cupboards,” says Tom. “No more biscuits, no more cakes and no more pasta.

“I restocked on nuts, which I could snack on instead, and bought lots of tuna and mackerel along with some healthier oils.”

No more biscuits, cakes or pasta. The BBC doesn’t call it a low-carb diet, but an article in the U.K. Express does:

The diet advocates a low-carb regime, and allows three meals a day with the one rule “only eat until you feel full”.

Fascinating … a British politician lost nearly 100 pounds by ignoring the advice offered by his own government. As you’ll recall from this post, the head of nutrition science at Public Health England recently wrote an essay explaining that Britain has an obesity problem because people aren’t following “well-founded government advice.”

Here’s what that “well-founded government advice” looks like, as I discovered by visiting Public Health England’s Eat Well page:

The Eatwell Guide shows that to have a healthy, balanced diet, people should try to:

* eat 5 A Day
* base meals on starchy foods like potatoes, bread, rice or pasta
* have some dairy or dairy alternatives (such as soya drinks)
* eat some beans, pulses, fish, eggs, meat and other protein
* choose unsaturated oils and spreads, eaten in small amounts
* drink plenty of fluids

And here’s a helpful graphic from the site, showing people what the base of a healthy diet looks like: 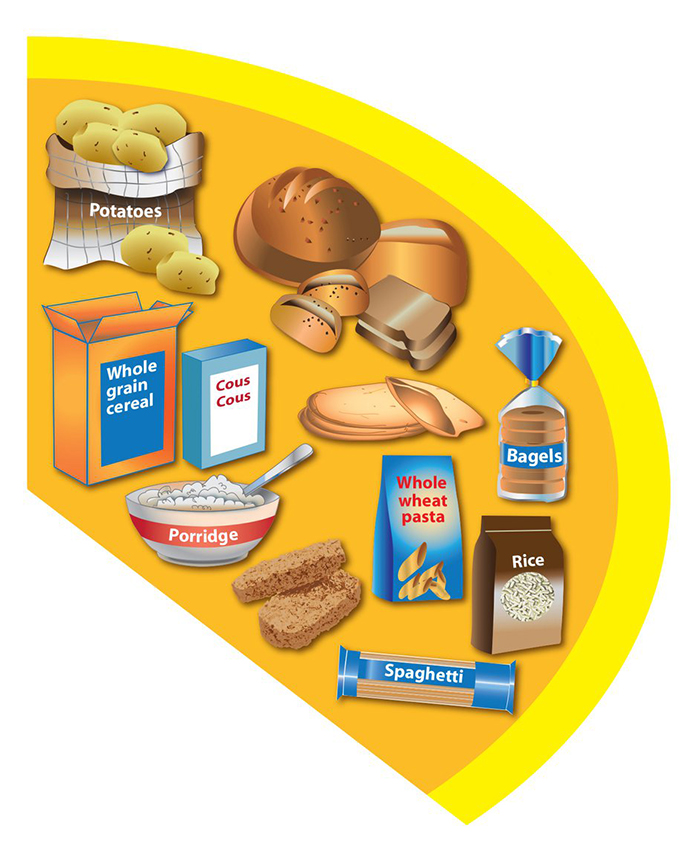 And here’s the helpful graphic teaching us which fats we should consume: 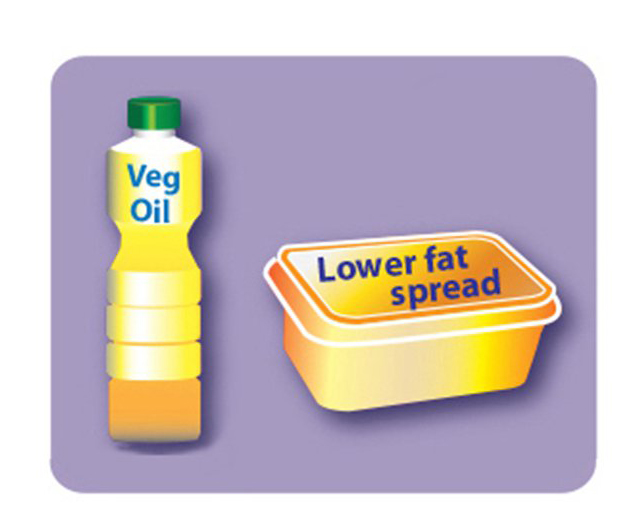 Vegetable oils and low-fat spreads. Yessir, nothing improves your health like consuming oils and spreads that only exist because of industrial processing.

So we have the “well-founded government advice” from Public Health England, and we have the low-carb Pioppi Diet that enabled Mr. Watson to lose nearly 100 pounds and reverse the symptoms of type 2 diabetes. People who believe in the marketplace of ideas would say let’s put them both out there and see which diet wins.  Perhaps some other politician will lose 100 pounds and reverse diabetes symptoms, then chalk up his success to following the Eat Well guidelines.

But of course, The Anointed aren’t fans of the marketplace of ideas. They’re fans of stifling dissent. As if we needed more proof, here are some quotes from an essay by Dr. Aseem Malhotra published in the U.K. Times:

In an effort to combat the epidemic of health misinformation I co-wrote a book, The Pioppi Diet, which brings together the evidence on what individuals and policy-makers can do to rapidly improve health and reverse the twin epidemics of obesity and type 2 diabetes. I was pleasantly surprised when the deputy leader of the Labour Party, Tom Watson, contacted me a few months ago to let me know he had “relatively easily” lost 94lb and improved his health by specifically following the diet.

For inexplicable reasons, according to one prominent healthcare leader (who has asked not to be identified), Public Health England tried to “sabotage” the launch and press coverage of the book last year. I was told by one eminent doctor that he had been contacted by a senior official from the body and warned from attending the launch in London, to be held at the headquarters of Penguin Random House. To his credit, he did attend.

Another health leader, who heads a national charity, did not attend, and said he had been “poisoned” against the book. Andy Burnham, the mayor of Manchester and a former health secretary, endorsed the book and attended a launch in Manchester. His office also received a call from Public Health England, warning him against showing public support of the diet.

Public Health England makes different dietary recommendations to the Pioppi diet. It recommends placing starchy carbohydrates, such as bread, pasta, rice and potatoes, at the base of the diet, and to reduce consumption of saturated fats. I have published evidence reviews showing no association between consumption of saturated fat and a heightened risk of cardiovascular disease, diabetes and death, but Public Health England doesn’t want to debate the issues.

Of course Public Health England doesn’t want to debate. They’re afraid they’d get their public health asses kicked in public. They’d much rather try to intimidate people into silence. We’ve seen this pattern over and over, from the persecution of Tim Noakes, to the forced silencing of Gary Fettke, to members of the USDA’s dietary guidelines committee demanding that Nina Teicholz be disinvited from a conference on national food policy.

Back in my naïve youth, I thought to have governments go after you, you’d have to do something truly threatening … you know, like steal nuclear secrets, or expose covert operations, or read the 10th amendment to the Constitution.

Nope. Turns out all you have to do is tell people they’re better off without grains and industrial vegetable oils. Do that, and The Anointed will try to shut you up or shout you down.

Eat your grains and obey your rulers. Or not.

37 thoughts on “The Anointed And Free Speech, Part Five”