Here’s the brief version of the latest chapter in the chicken-killer story:

Glad I got that off my chest. Now for the longer version.

My theory about a weasel turned out to be tragically (for the chickens) wrong. We spent Friday afternoon closing gaps around the door into the chicken yard, but still had a dead chicken on Saturday. So I figured it had to be a weasel or some similar critter that can squeeze through 2 x 4 inch openings in the fencing. We spent Saturday covering those openings with chicken wire. I also set a trap outside the fences, figuring the weasel would find he couldn’t get into the chicken yard and go for the bait.

I went out Sunday morning to check. Nothing in the trap. Well, okay, maybe Mr. Weasel finally gave up.

Then I went into the coop and found another dead chicken. (For those of you keeping score at home, that means we’ve lost more than 30 chickens in the past few months.  The entire older flock disappeared first.)

Okay, I said to myself, there’s no way some critter burrowed into this Fort Knox chicken yard without leaving evidence of the break-in, so what the …?

After I finished sharing my expansive vocabulary with the nearby trees and wildlife, I remembered some bank-heist movie I saw years ago. The cops were going batty trying to figure out how a master thief had escaped the bank. They couldn’t find the route. The punchline was that he’d never left. He was simply hiding inside the bank and waiting for the investigators to give up and leave.

Son of a …. we’ve been trying to keep a critter out, but the critter is already in. It probably burrowed its way under one of the wooden pallets in the coop and set up living quarters.

Fortunately, I’d finally had the good sense to put my trail cam inside the coop on Saturday.  Sure enough, I got some mug shots: 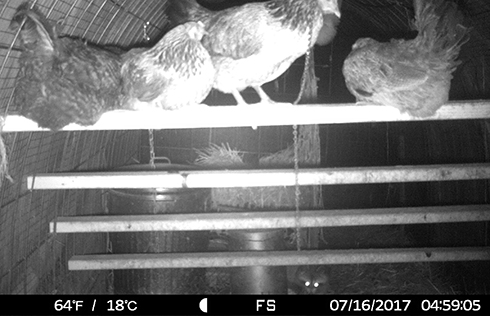 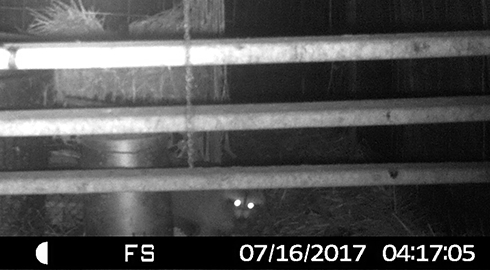 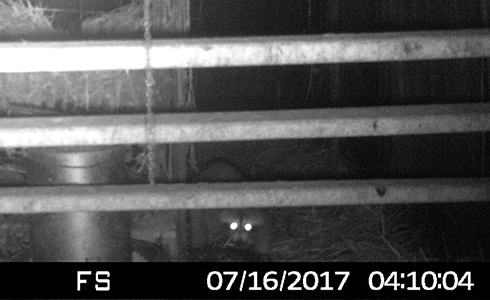 Not a weasel.  Another @#$%ing raccoon.  Now it all made sense. I was mystified as to why the electric fence surrounding the coop wasn’t discouraging the chicken-killer. The fence hadn’t been disturbed, so I had visions of a critter either squeezing through and taking the shocks or jumping over it.

Being the sensible sort, Chareva suggested a third option. She’s been planning to move the surviving chickens to fresh ground anyway.  She pointed out that to avoid an up-close-and-personal showdown with the raccoon, all we’d have to do is build the new chicken coop in one day and move the chickens. Nothing to it.

So that was our Sunday. We’ll eventually want a whole new chicken yard, complete with nets overhead, so we stocked up on materials at Tractor Supply and Home Depot. We plan to double the height of the fences this time and string the nets 10 feet over our heads.

But that’s later. Sunday’s goal was to build a secure coop. Fortunately, the shell was already in place. Back in the spring, Chareva had created an arch with cattle panels as a trellis for green beans. She intended all along for that arch to be converted to a new coop.

The gaps in a cattle panel are too big to keep out predators, so the first task (after pulling down the beans) was to cover the entire structure with 1 x 2 inch fencing. 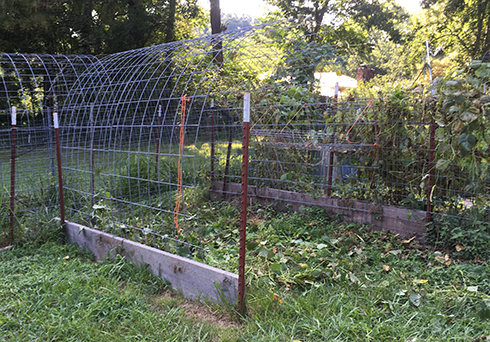 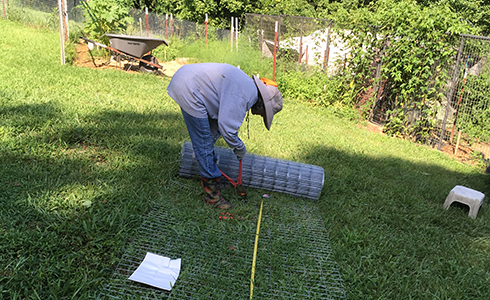 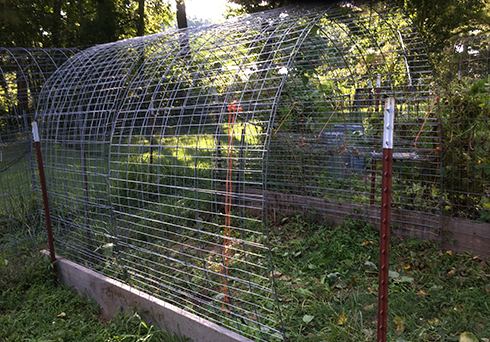 Then we covered the whole thing with a tarp. 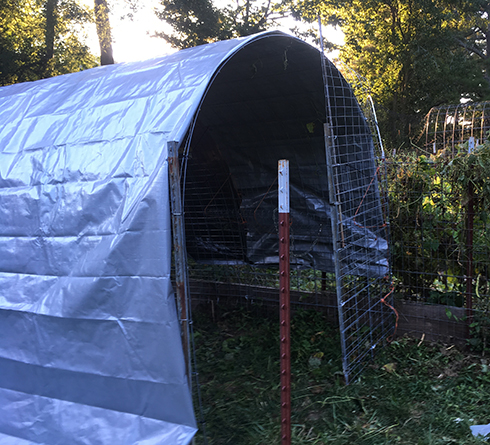 When we do get around to building a new chicken-yard, it will have a door. In the meantime, we had to rig one for the coop itself. It’s not easy to see in the photo below, but Chareva also staked down some fencing in front of the coop to discourage predators from burrowing under the door. 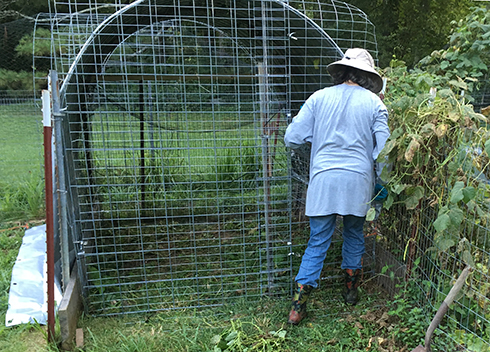 I cut 2 x 4 planks and attached braces on the ends for roosting perches. With that done, the last task was to move the chickens out of the yard that now features a basement apartment occupied by a nasty tenant. Since the electric fence is portable, we positioned it between the chicken yard and new coop and let the chickens wander, then moved the fence closer and closer to the new coop. 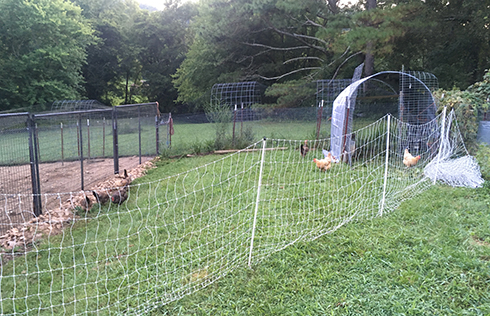 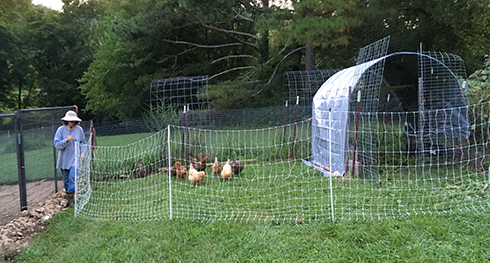 I counted the surviving chickens. There are only nine, which means we lost 15 from that flock. Good grief.

Thanks to all the reinforcing of the chicken yard, Rocky Raccoon VI is probably locked in there now. With the chicken dinners gone, he’s bound to get hungry in the next day or two. So I set out what I hope is his last meal – a can of cat food in the trap, with no electric fence to discourage him from going for the bait. 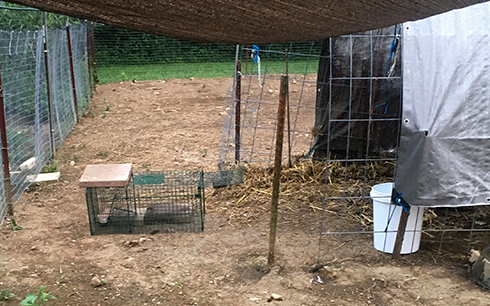