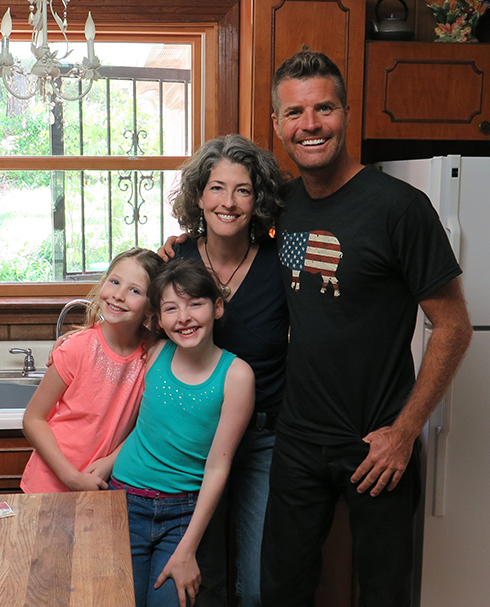 Some months ago, fans from Down Under left comments saying I should meet Australian chef Pete Evans someday.  The name sounded familiar, but my brain didn’t provide details.  So I went online and learned that he’s a hugely popular chef in Australia, with best-selling books and top-rated TV shows.  He’s also an enthusiastic promoter of real food/paleo diets.  Yes, I thought to myself, I suppose it would be nice to meet him someday.

Mere weeks later, he emailed me to ask if I’d be interested in sitting down for an interview during his next trip to the U.S.  When I mentioned in my reply that we live on a hobby farm now and raise chickens, hogs and vegetables, he wrote back to say let’s still do the interview, but I’ll come to you and we’ll film a cooking episode as well.  I replied that I’d be fine with that if he promised not to kill my girls by feeding them bone broth.

I’m sure you Australians get the joke.  For Americans and others who may not … remember when a group of dieticians in North Carolina went after Steve Cooksey for offering advice to diabetics that goes against ADA guidelines (i.e., advice that actually works)?  Cooksey is a blogger.  Imagine how ferociously dieticians would attack a celebrity author and chef with a huge following if his advice was contrary to theirs. That’s what Pete Evans is dealing with now in Australia.  He’s recently been accused (loudly and publicly) of endangering the lives of babies and children by including bone broth and liver in recipes for the wee ones.

And so, as he told me today, it’s a good time to be away in the U.S.  He’s here on a whirlwind tour, shooting interviews and/or cooking shows with Mark Sisson, Nora Gedgaudas, Dr. William Davis, Jimmy Moore and Dr. Terry Wahls, to name just a few.  Tomorrow he’ll be shooting an interview with Joel Salatin at Polyface Farms. 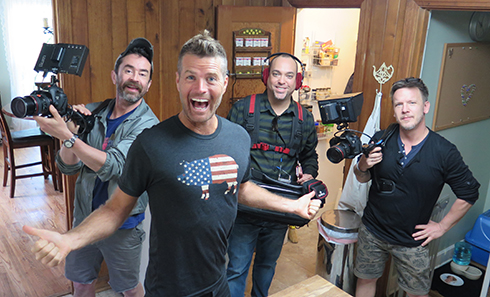 He and the crew showed up at 9:30 this morning.  Despite the exhausting travel schedule (and despite being called everything short of a baby-killer in the press), Pete was energetic, enthusiastic and cheerful all day.  He’s intelligent, optimistic, quick-witted, and understands that becoming a target is part of the deal when you go against the grain-pushing nutrition establishment.  In other words, he’s exactly the type of person I tend to like immediately.  And so I did.  Within minutes, we were chatting like old mates.  (Hope I’m using the Australian term properly.)  We even played a short round of disc golf before he and the crew left. 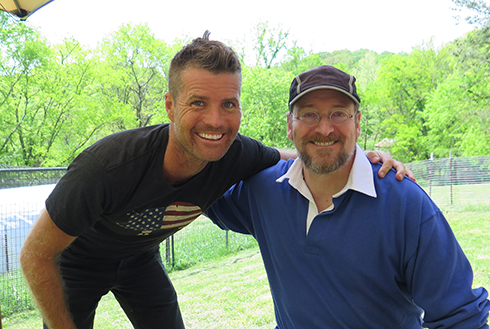 Chareva and I let Sara and Alana skip school today so they could watch the filming. They hung around, watched the setting-up process, asked questions and generally charmed Pete.  His two daughters are around the same age, so it’s probably no surprise he ended up including our girls in the shooting – much to their delight, of course.  As we walked around the farm filming, the girls got to serve as occasional tour guides and collect eggs for the cooking segment. 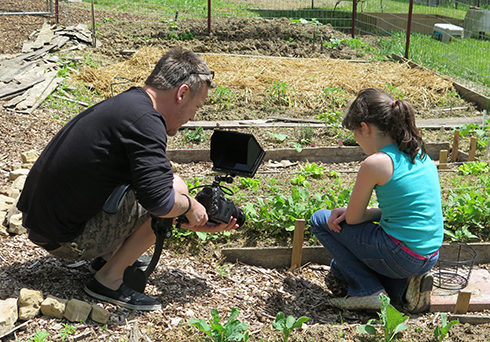 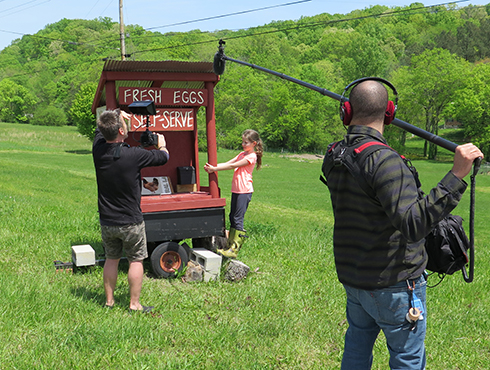 For the interview segment, Pete and I talked about Fat Head, the Wisdom of Crowds, the health benefits of real food, and why people like us (including him) are electing to move to farms and raise more of our own food. 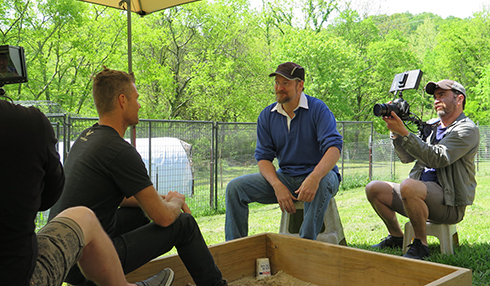 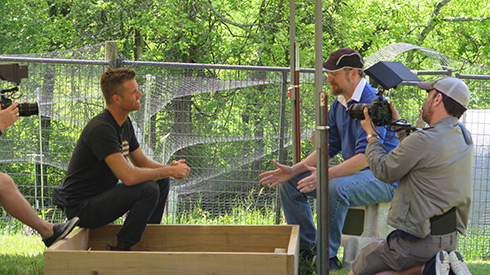 The cooking segment will, of course, end up in one of Pete’s cooking shows.  The interview may go in a TV show or it may be included in a documentary about food as medicine.  Or both.  It will likely be autumn before the TV segments air, but I’ll be sure to announce if and when they’re available online. 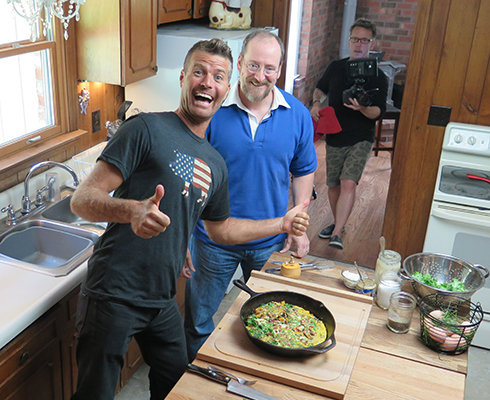 As I mentioned in previous posts, Pete’s upcoming visit was our motivation to wrap up Chareva’s spring project before today.  We didn’t want to take him on a video tour of half-finished chicken coops and fences.

We got it all done, but I feel lucky to be alive and well after my first farm-work accident.  I’ll cover that in my next post.  Meanwhile, here are more pictures from today. 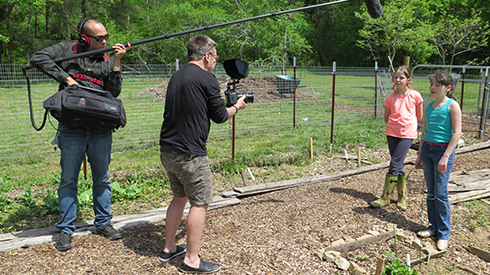 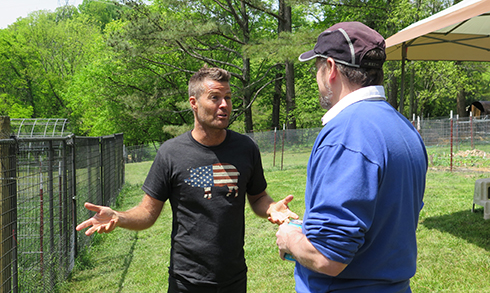 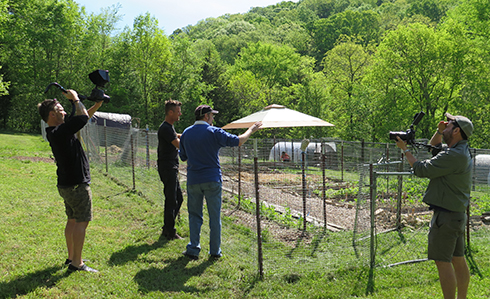 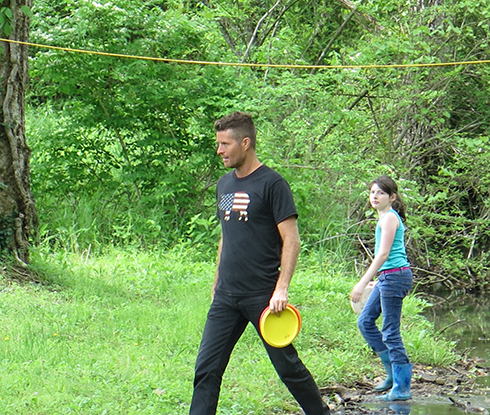 Leave a Reply to Per Wikholm Cancel reply