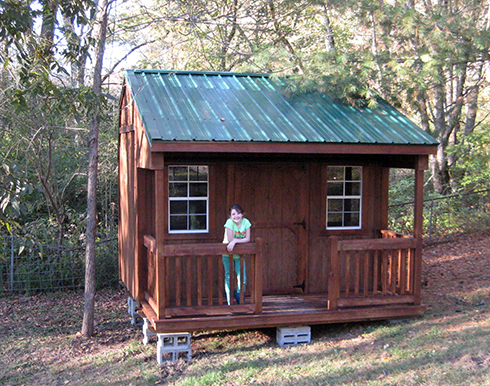 More than a year ago, my daughter Sara became somewhat obsessed with having her own little cabin on our land.  Her vision, which she shared with me over and over, was quite precise.

I’m going to sit on the front porch of my cabin on nice days and drink iced tea and read books, with the dogs curled up at my feet.

So your cabin has to have a porch, huh?

Yes, it has to have a porch.  With a railing.

I found her vision appealing, but (as I explained to her) there’s a word for kids who get everything they want just because they want it: spoiled.

You can have your cabin, I told her.  But you have to earn it.  I’m not buying it for you just because you asked.

So she and Chareva agreed on a list of indoor and outdoor chores that would pay in Cabin Cash, and Chareva printed a bunch of the new currency in various denominations.  I suppose it was fun to act like the Federal Reserve and simply create new money out of thin air. 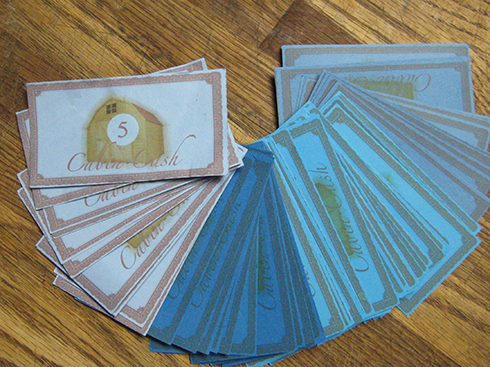 Sara set about earning Cabin Cash by scooping up after the dogs, vacuuming, emptying trash, feeding the chickens and collecting eggs, and generally assisting with various farm projects.  She’d get busy with school and other activities and forget about the cabin for awhile, then wake up on a weekend and demand we give her a project to earn more Cabin Cash.  She finally finished filling her account with the required funds during the log-splitting weekend, when she worked alongside me for two long days.

Chareva ordered the cabin (a customized shed) from Yoder’s Dutch Barns.  They originally said the turnaround time would be four to six weeks, but when she told them Sara’s birthday is November 6th, they replied they’d get ‘er done in time.

The cabin arrived today while I was at work. 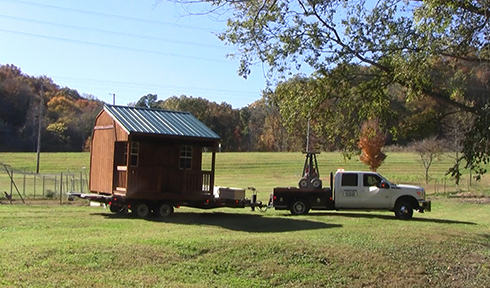 Sara got off the school bus as the cabin was being situated and reacted in her usual cool-as-ice manner: 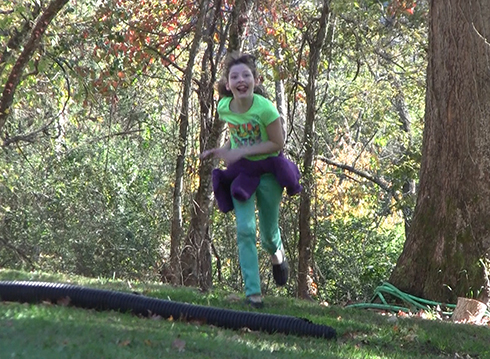 There’s hardly a flat spot on our land, and certainly none in the side yard, so the guy who delivered the cabin swung it around and used concrete blocks to level it. 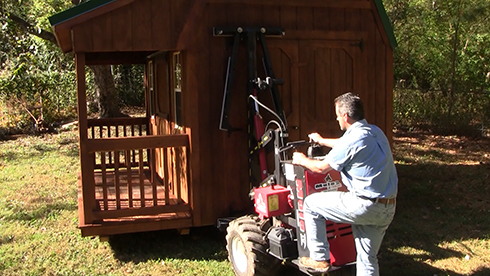 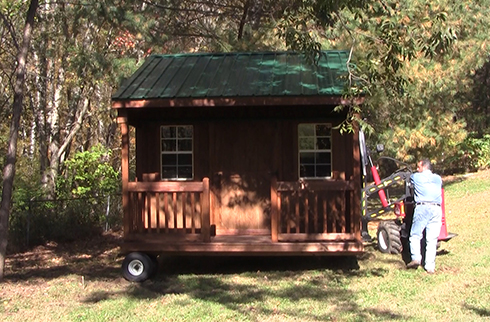 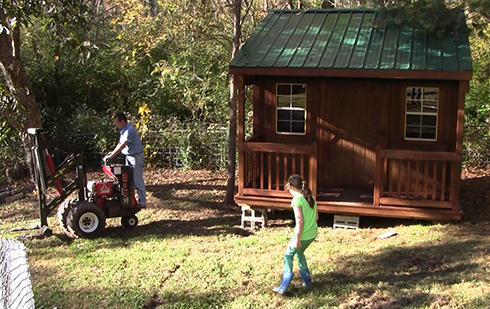 The cabin has a couple of lofts inside, which Sara plans to convert to sleeping and lounging areas.  She also has plans to store food and water out there.  I’m not sure if it’s occurred to her yet that the cabin doesn’t include a bathroom. 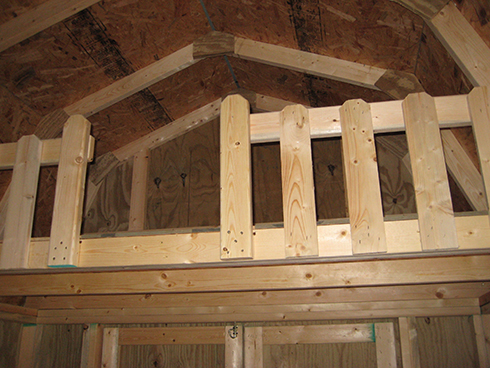 Anyway, I expect to see her out there soon, sitting on the porch, drinking iced tea and reading a good book with the dogs curled up at her feet.

Enjoy, kiddo.  You earned it. 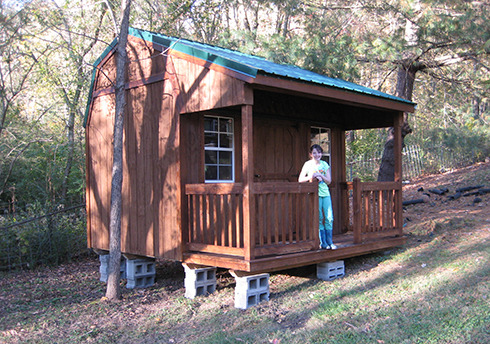 Meanwhile, Alana and Chareva are working on a new currency called Treehouse Tender.

112 thoughts on “The Farm Report: Sara’s Home In The Hills”