A few weeks ago, The Oldest Son found a great low-carb pizza recipe.  We already had a couple of recipes, but after this one, I don’t think we’ll be going back.  The other ones we had kept were really good, but we had to eat them with utensils.  With this one, the only way you know you aren’t holding a “real” slice of pizza in your hand is that, as mentioned in his write-up, you get full after a few slices, instead of going into that “I’m stuffed — give me another!” gluten-induced spiral.

He told Tom about it, and Tom suggested he write it up to share with all of you.  I have to say, for a guy who never liked reading or writing for fun, he did a pretty good job.  Be sure to try this at home, kids.

An odd thing happened for the first time in a long time: 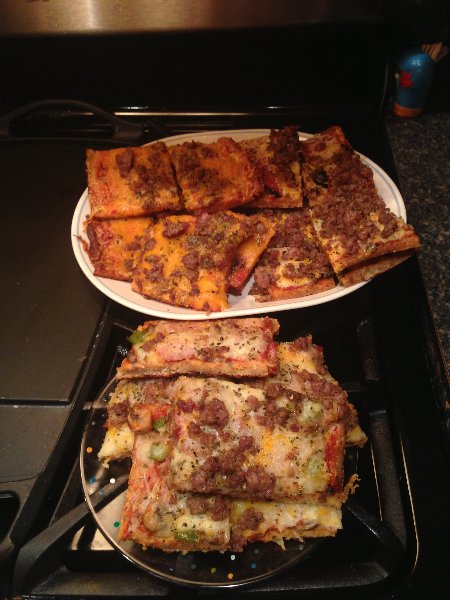 Part of this is because I rarely eat pizza, but mostly because it is incredibly filling (and healthy), so I highly recommend trying it even if you aren’t suffering from the new obesity disease… I hear that’s going around.

To give credit where it’s due, I am basing this recipe on one I found at cookyscreations.blogspot.com.  A friend and I then made a couple modifications. Go ahead and buy a few bags of mozzarella — you will be making more of this very soon. 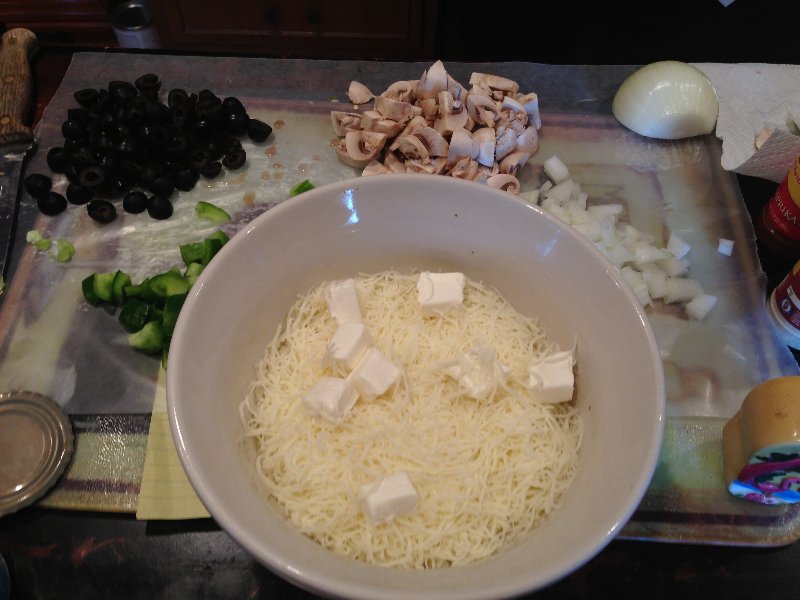 After making some keto recipes, I found it best to cube up the cream cheese before melting with other cheeses

-Wet hands and spread “dough” thin on parchment paper. It should spread evenly with dough-like consistency (if “stringy” then your cheese has hardened too much—just put it back in the microwave for maybe another 20 seconds)

-Dock (poke rows of holes) with a fork to avoid bubbling

-After about 8 minutes, check it and poke holes where any large bubbles may be.

-continue cooking for a total 12-14 min, or until slightly brown on top. 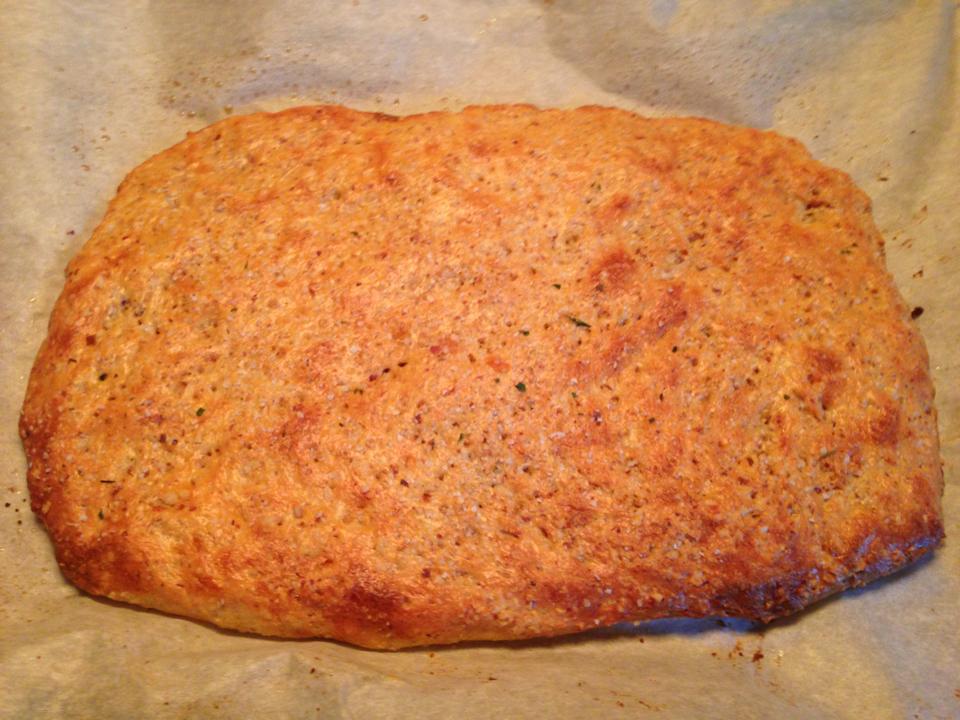 Here is what I do for the toppings:

[Keep in mind that the toppings only cook long enough for the cheese to melt. Therefore, any meats you add need to be fully cooked.]

Before you begin making your crust, place the sausage on medium-low heat in a cast iron pan. I prefer ground Salciccia sausage—it is similar to Italian sausage. Do not stir too much or you will end up with taco meat consistency. After a few minutes you may need to use a baster to get excess water/grease out, but not too much. You want fully cooked, dime-sized sausages.

Put the sausage in a separate bowl, keeping the grease to sauté your veggies in!

Add a thin layer of pizza sauce, your desired amount of meats, veggies, cheese, and then sprinkle on oregano and basil. I prefer a lot of mozzarella and a handful of cheddar. 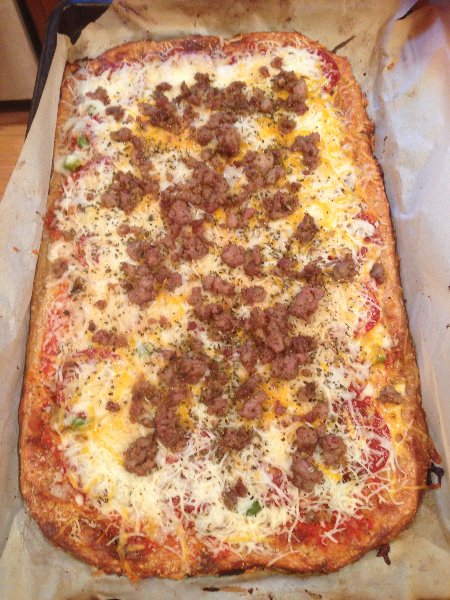 This is a double batch which filled up a cookie sheet and five hungry adults. (I would normally space the sausage better, but I was rushing making three at once.)

Although higher in carbs, due to the extra sauce, my next attempt will be my “Achilles heel”: Chicago style (deep dish) pizza.

Hope you enjoy it.  In the meantime… 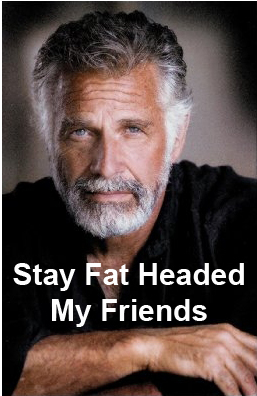