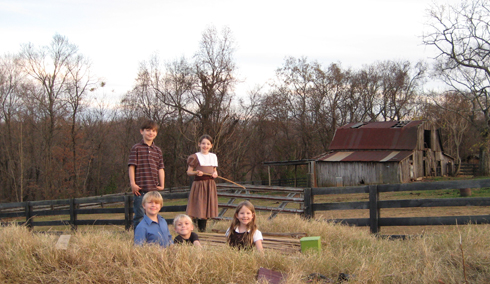 You’ll notice Sara decided to dress up as a Pilgrim.  The girls rode one of my buddy Jim Taylor’s horses after dinner, but I didn’t know that until they were done, so no pictures.

I spent Thanksgiving doing my duty as a patriotic American male – eating turkey and watching football – then spent the next three days finishing my assault on the briar jungle.  Here’s another before picture from last weekend, when I was just getting started. 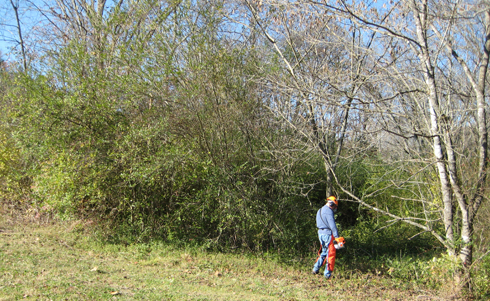 Did I mention the briar was incredibly dense? 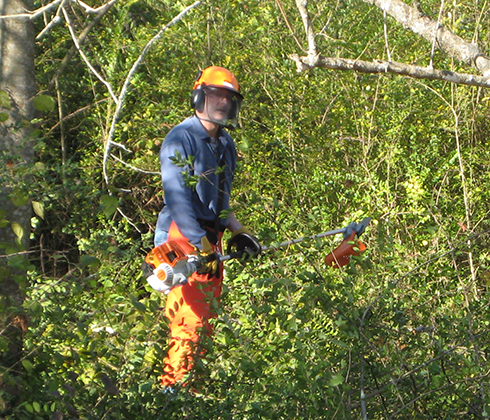 I’ve hated the stuff ever since we moved in.  Something about briar attracts discs when I play disc golf.  Even when I try to be careful reaching into the stuff, the thorns grab ahold of me and shred my skin.  Here’s what they did to me this weekend — and I was wearing sleeves.  The thorns poked right through my denim shirt. 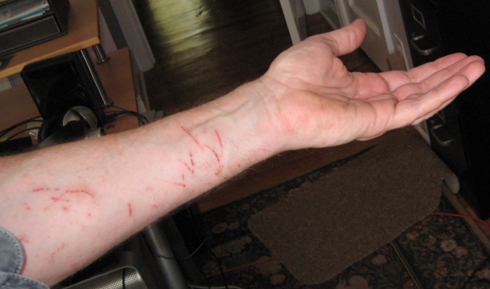 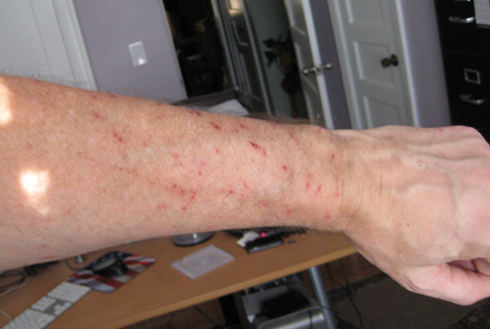 So clearing the briar wasn’t a labor of love.  It was a labor of hate.  Here’s what the area looks like now that I’ve exacted my revenge.  I cleared the thorn bushes up to our property line.  The jungle continues on the other side, but that’s not my problem. 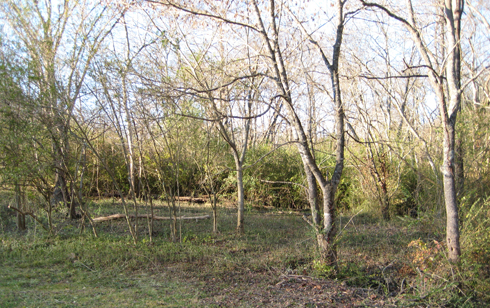 This picture was taken from what used to be the middle of the briar patch. 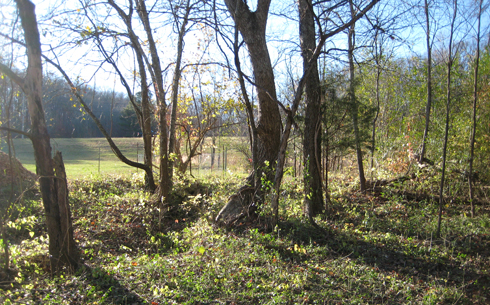 In addition to thorny bushes, we had thorny vines that wrapped themselves around the trees want to keep.  I cut the vines at the base and we pulled down the ones we could.  That’s Chareva in the picture below, yanking for all she’s worth to bring down a vine.  (I offered to help, but she had a personal vendetta against this particular vine and was determined to bring it down herself – which she did.) 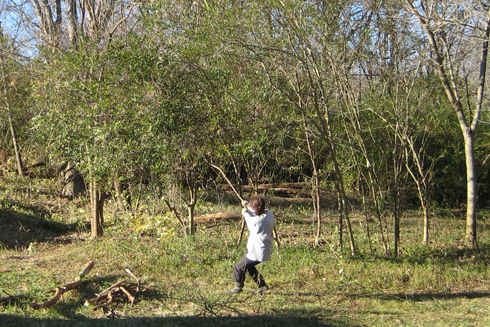 Once when I pulled down a vine, it whipped me on the side of my head and a thorn caught my ear.  If I ever want to wear a diamond stud in my ear, the piercing job is at least halfway done.  I said a bad word and bled for awhile.

As I cleared the jungle, I found some dead trees.  We had no idea they were there … the briar was so thick, we never saw them before.  If they’re not rotten, we’ll cut those up for firewood. 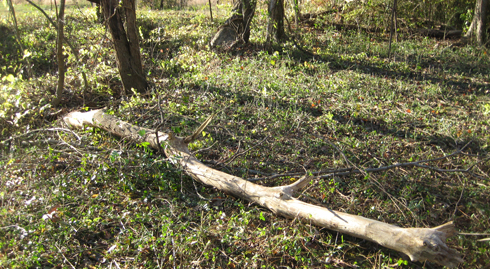 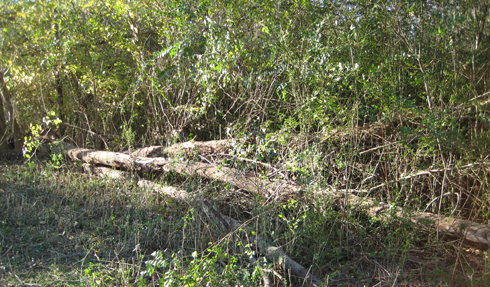 We also collected quite a few dried sticks and branches for kindling. 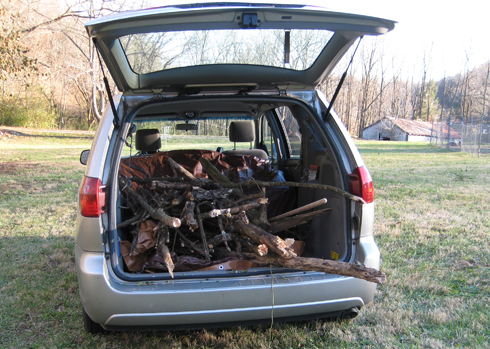 I hacked away that jungle for three days (plus last weekend), working until dark.  It was tough and sometimes painful work, but worth it.  I am, as Charlie Daniels would put it, Dog Tired Satisfied.