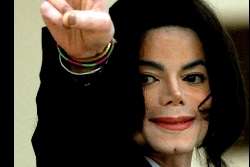 I’m going to preface this by pointing out that as I’m writing, the details surrounding Michael Jackson’s death are still sketchy.  There have been rumors for some time that he’d become a heavy drinker.  Several news sites also reported earlier in the year that he was living on biscuits, gravy and painkillers.  So we don’t know – and may never know – what killed him.  The families and handlers of celebrities are pretty good at keeping those details locked up.

Having said all that, when I first heard of Jackson’s death, I couldn’t help but recall that vegetarian advocacy groups have mentioned him many times over the years as a shining example of the healthy vegetarian lifestyle.  Here’s a quote from Jackson’s book Moonwalk, published in 1988:

“I’m a vegetarian now and I’m so much thinner. I’ve been on a strict diet for years. I feel better than I ever have, healthier and more energetic.”

I’m pretty sure we can rule out a lack of exercise as a contributing factor in his death, because Jackson was an incredible dancer.  His concerts were as much athletic events as musical events.  To prepare for his tours, he worked out with Lou Ferrigno, a bodybuilder who once portrayed The Incredible Hulk.

So Jackson was a lean guy who exercised more than most of us, and he apparently didn’t eat meat.  Now he’s dead at age 50 … my age.

One isolated case doesn’t prove anything, of course.  But obviously his vegetarian diet didn’t make him immune to cardiac arrest, if that’s what killed him.  And if he was abusing alcohol, a diet consisting of vegetarian foods that metabolize easily into blood sugar may have made him crave the stuff, as I talked about during my interview with Nora Gedgaudas.

You will also no doubt recall that Linda McCartney, another famous vegetarian, died of cancer at age 56.  Again, one isolated example doesn’t constitute proof, but it doesn’t surprise me when someone who eats a lot of starch – vegetarian or not – develops cancer.  Starches turn to glucose, and glucose feeds cancer cells.  Drip glucose on cancerous tissue in a lab, and it will proliferate like crazy.

Meanwhile, cancer is virtually non-existent among hunter-gatherers.  There’s a reason cancer, heart disease and Type II diabetes are called “The Diseases of Civilization.”  They barely show up in populations that still live on a primal diet.

I have a few friends who are vegetarians.  I wouldn’t trade my health status with any of them.  One had reconstructive dental surgery because she lost more than 50 percent of the bone tissue in her jaw.  (She’s a vegan, by the way.)  Another is currently suffering from autoimmune diseases and bone loss in her spine.  Again, I’m not surprised.  Too much starch can leach calcium from your bones, and grains can cause your intestines to leak proteins into your blood; when the body attacks those proteins as foreign invaders, it ends up attacking your own tissues as well.

Vegetarian web sites love to point out that vegetarians in general have lower rates of heart disease and cancer.  That may be true.  But vegetarians are also, compared to the rest of the population, more concerned about health.  They are far less likely to smoke or drink 44-ounce Big Gulps of soda, and they’re more likely to exercise.  It’s not avoiding meat that makes them healthier; it’s avoiding all the junk so many people put into their bodies.

But Seventh-Day Adventists also don’t smoke, don’t eat candy, don’t drink sodas or alcohol, and don’t do drugs.  So another group of researchers thought to compare them to Mormons, who also avoid those health hazards, but do eat meat.  In fact, they’ve been described as “some of the biggest beef-eaters in the world.”  Guess what?  The Mormons were even healthier and lived even longer.